MEDIA FORUM “THE LEGACY OF THE GREAT SILK ROAD AS A BRIDGE BETWEEN UZBEKISTAN AND GERMANY” BERLIN, GERMANY

January 15, 2019, the International Scientific and Cultural Forum “The Legacy of the Great Silk Road as a Bridge between Uzbekistan and Germany” was held in Berlin.

The event was timed to coincide with the official visit of the President of the Republic of Uzbekistan Shavkat Mirziyoyev to the Federal Republic of Germany.

Within the framework of the forum, the opening ceremony of the exhibition of book-albums of the “Cultural Legacy of Uzbekistan in the world collections” project was held at the Embassy of Uzbekistan in Berlin.

The highlight of the forum was the presentation of the illustrated book-album “Collections of the Federal Republic of Germany” with a welcoming speech by the President of Uzbekistan. This very book-album will go down in the history of printing in Uzbekistan as the first book using modern multimedia technologies, which can not only be read, but also be seen on smartphones its separate pages, including those with a 3D effect.

In Berlin, leading German art critics spoke about the historical collections of great Uzbek art in museums in Berlin, Dresden, Leipzig and Stuttgart.

Speaking about the Uzbek collections in German museums, it is worth noting that manuscripts created in the era of the Eastern Renaissance occupy exceptional value. Masterpieces of book art are kept in the Berlin State Library.

Dr. Christopher Rauch, head of the oriental department of the library, spoke about them:

– Some of the manuscripts presented here come from the territories where the Uzbek classics lived and worked, and some were brought directly from Uzbekistan. These are Ulugbek’s astronomical tables that have been stored in the library since the 19th century. In this work, information about 1018 stars in 38 constellations is provided, and the length of the stellar year is also indicated. The heritage of arts and crafts of Uzbekistan is countless and diverse. A significant part of it, due to various historical reasons, turned out to be abroad of our country. Magnificent collections of Uzbek art are kept in Germany in the museums of Berlin, Dresden and Leipzig. For example, the Pergamon Museum, the most visited in Germany, presents the main relics of the Islamic world – priceless examples of manuscript books and works of applied art of the eastern civilizations. Among them is the famous ceramics of Afrosiab – an ancient settlement of Samarkand.

“We are proud that we have a collection of Uzbek art” comments Dr. Ute Franke, deputy director of the Museum of Islamic Art, which is part of the Pergamon Museum. “It is not so numerous, but it is of exceptional historical and artistic value”.

As part of the media forum, a gala evening “Uzbekistan as the Heart of the Great Silk Road” was held. One hundred and fifty participants and guests of the evening, including politicians, scientists, German media workers, presented the results of Uzbek-German cooperation in the field of culture and art.

The final of the media event in Berlin was a gala dinner in the national style, where the best dishes of Uzbek cuisine were presented to the guests. The Uzbek performers brightened up the evening with vivid concert performances. 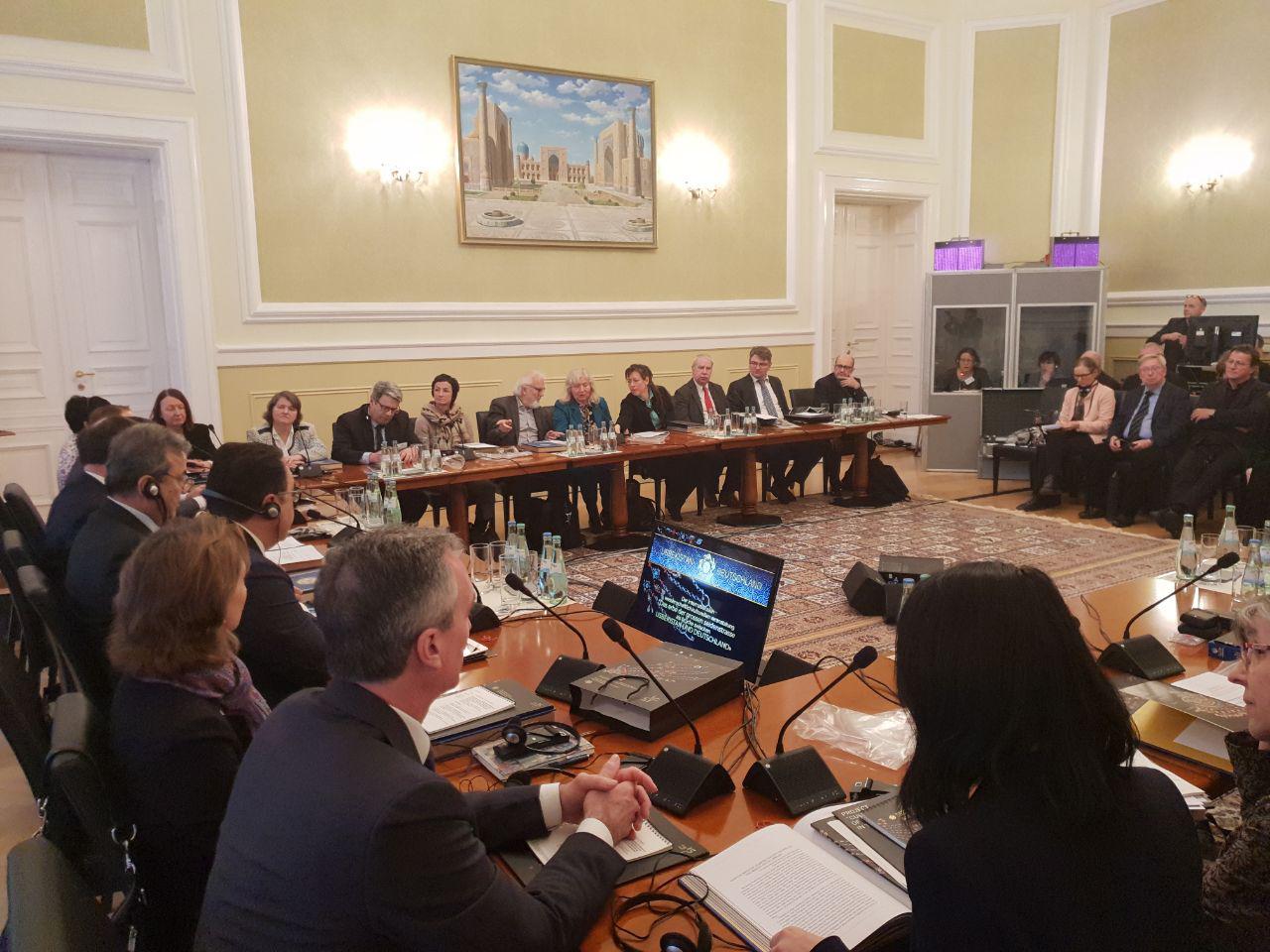 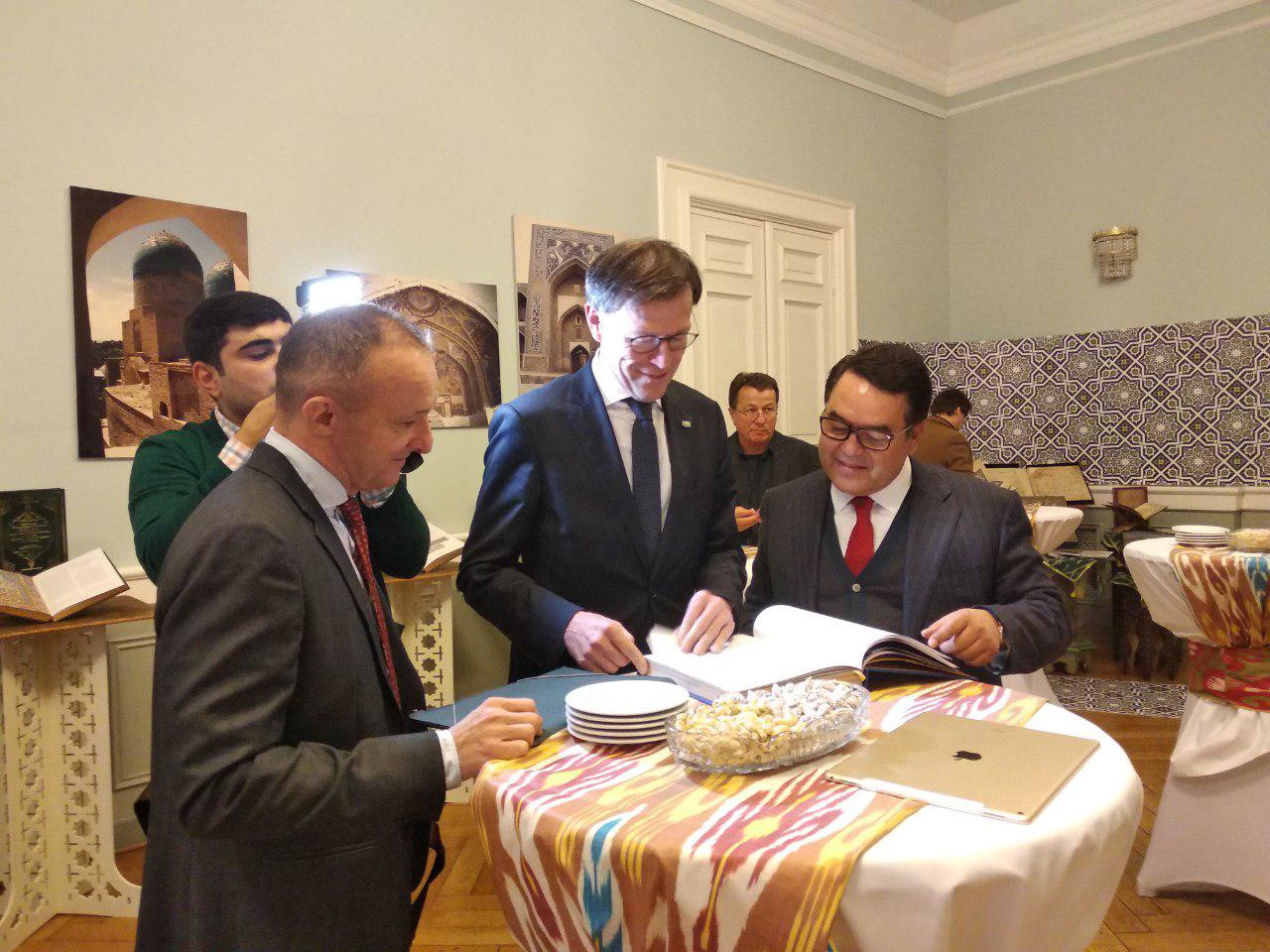 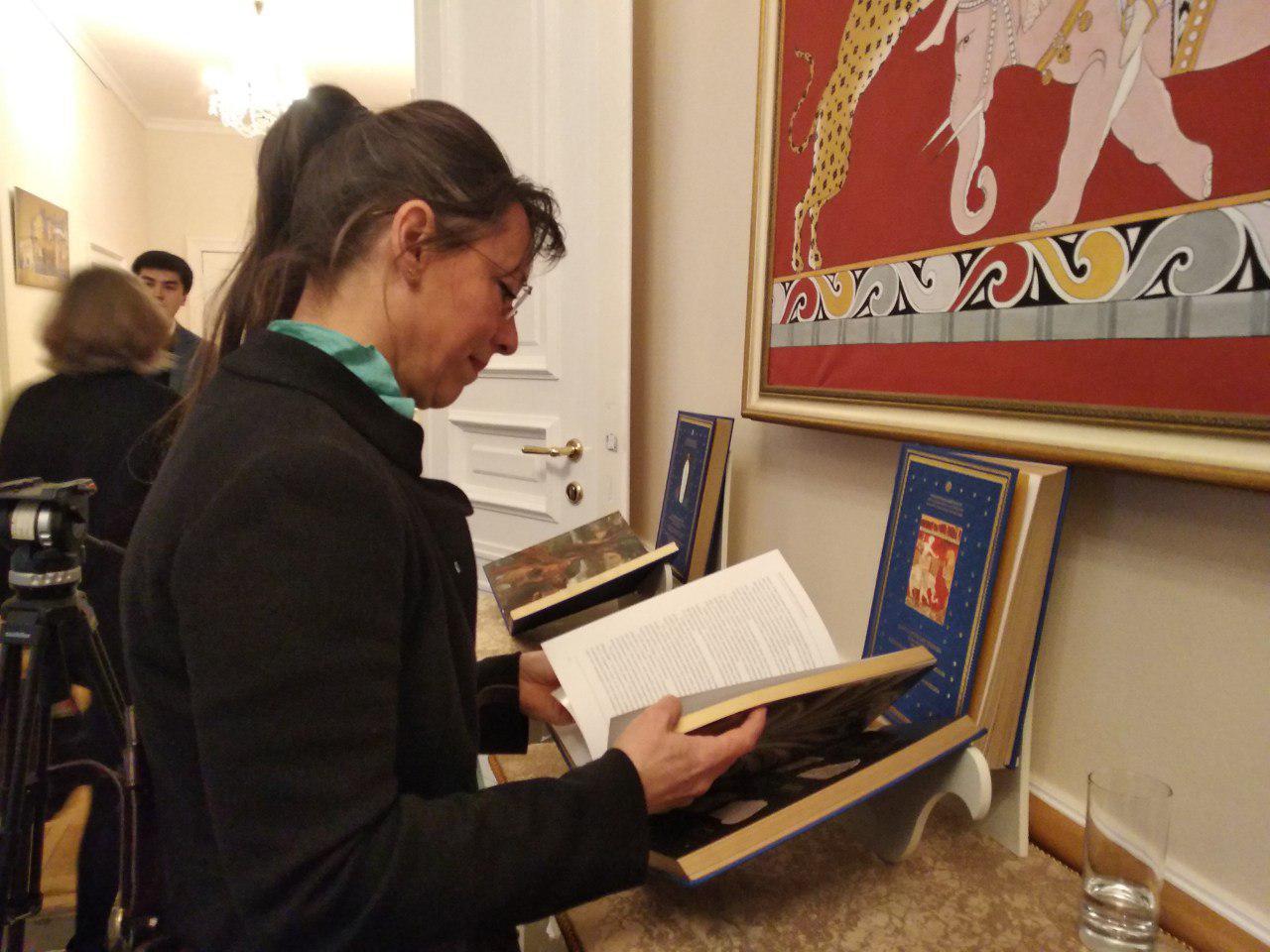 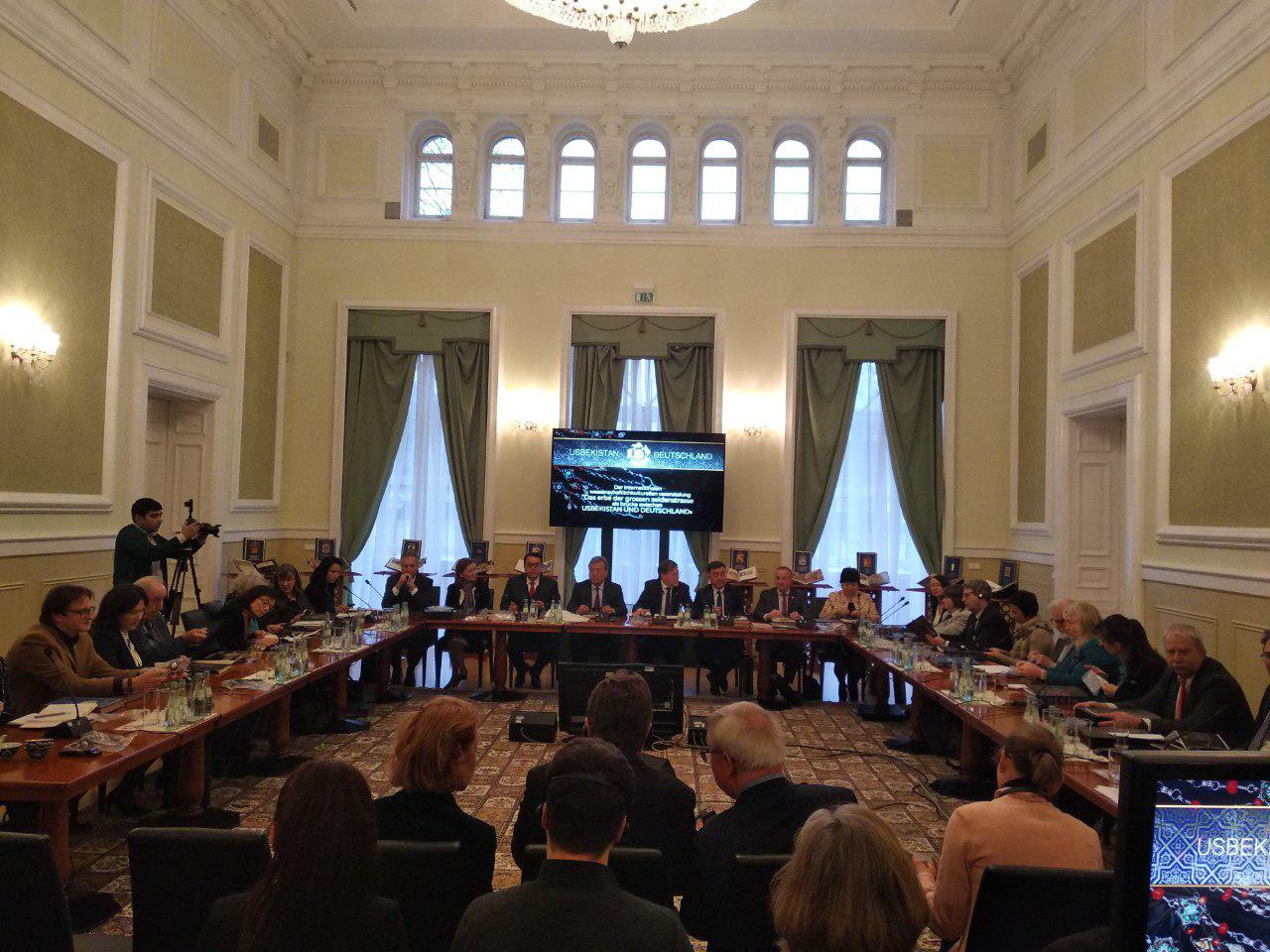 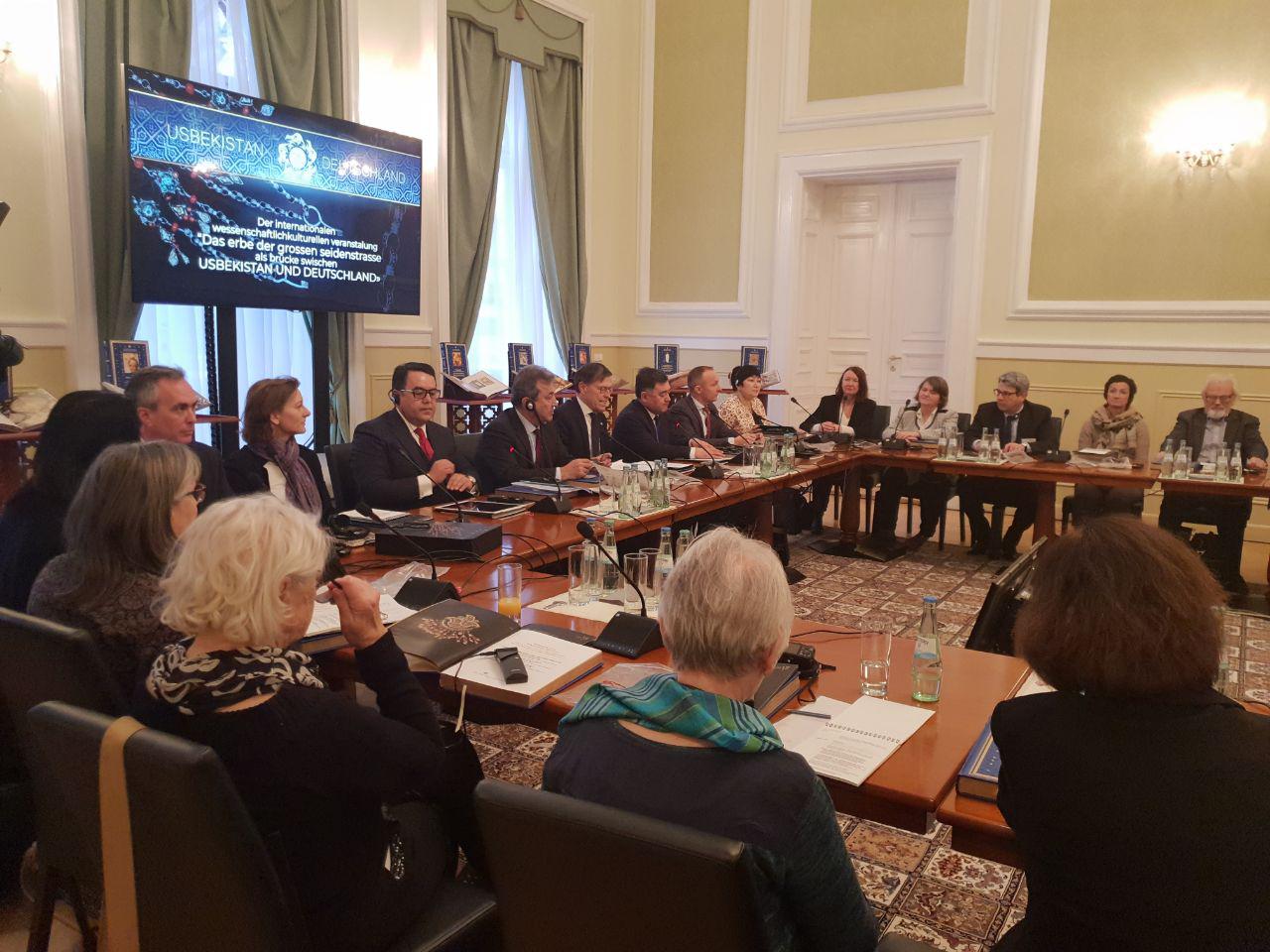